On Saturday, July 20, there will be a fight for the WBC heavyweight title’s mandatory challenger status between Dillian Whyte and Oscar Rivas. We have collected all the important information about the most interesting fight of this summer. 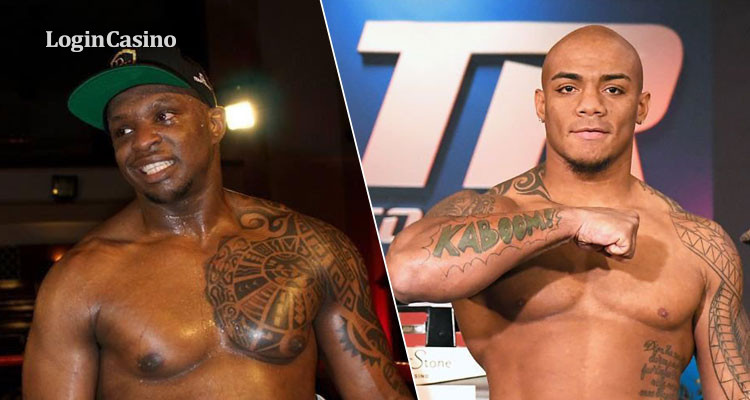 Summer is an awesome time to relax, but an awful time for sports lovers. If during this period no grand international sports events such as the Olympic Games or the FIFA World Cup are planned, then sports fans will be bored. However, such great event as the boxing match of Dillian Whyte against Oscar Rivas will definitely shake off the summer “hibernation”.

Jamaican Briton Dillian Whyte has long been considered one of the best boxers in the United Kingdom. The UK two-time kickboxing champion retained his technique and confident movement in the ring in a new type of sport for himself. After a short career as an amateur, “The Villain” went pro, where he began to win all the time mainly by knocking his opponents out.

An interesting fact is that Whyte's only loss was in the fight against Anthony Joshua, who had been defeated by Dillian when they both had been amateurs. By the way, AJ became the Olympic champion at the Olympic Games in London. In 26 fights, Whyte has 25 wins, 18 of them by knockout.

The boxer owns the WBC Silver and WBO International titles. Thanks to the first one, he was supposed to fight with the WBC heavyweight champion Deontay Wilder a long time ago, but the latter prefers to avoid the Briton. However, in case he defeats Rivas, Wilder will no longer be able to ignore Whyte. Otherwise, he will be deprived of the belt that has been owned by the American for four years.

This may interfere with Deontay’s plans for a rematch with Fury, which, according to the latest information, will be held in February 2020.

Oscar Rivas: A Dark Horse with an Incredible Record

The Colombian Rivas, who lives and trains in Canada, seems an easy target for Whyte. He is much shorter than the Briton, and he does not have any victories over opponents with big names. However, he has a statistical advantage – he won all his 26 fights. In addition, Oscar has an equal with Whyte number of knockouts – 18.

Rivas is definitely not just some guy off the street. He ranks ninth in the WBC ranking and owns an IBF International, WBO, NABO, and NABF belts. In amateur boxing, he won the silver medal in the Pan American Games and the gold one in the Pan American Championship. Whyte understands his opponent’s strengths but considers self-confidence as his weakest point.

Oscar, for example, is already planning the next fight, believing that after defeating Whyte, he will be able to confront Andy Ruiz – the guy who knocked out Anthony Joshua earlier and made the biggest boxing sensation of the year. In amateur boxing, Rivas has already defeated the current WBA, WBO and IBF champion.

Bookmakers Forecast for the Fight Whyte vs. Rivas

Despite Rivas’s record, experts believe that Dillian Whyte has more chances to win. First, he has more fights with formidable opponents. In addition, the boxing match will take place in England, where British boxers have an advantage.