The Ultimate Fighting Championship decided to be involved in the upcoming rematch between Conor McGregor and Dustin Poirier. Even though the lightweight bout will be promoted as a revenge try of Poirier after the defeat to McGregor in 2014, the event will also have a charity direction. The Irish combatant agreed to give $500K to "The Good Fight Foundation" led by Dustin and insisted on the bout to take place in 2020. Login Casino will follow the latest sports news and come with the precise date of the match. 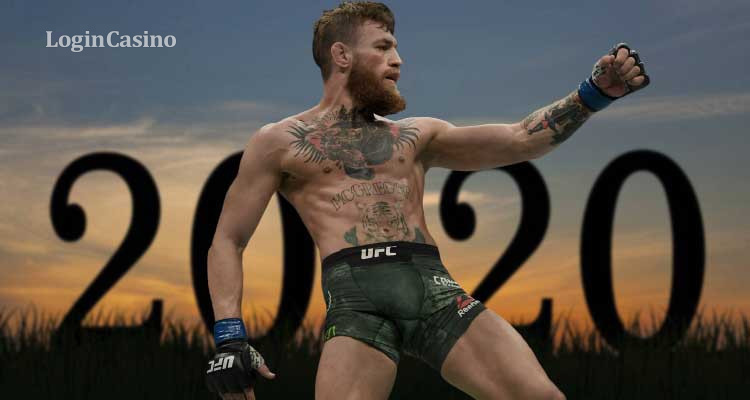 The American MMA fighter Dustin Poirier and Irish superstar Conor McGregor agreed to the rematch bout. The guys met in 2014 during the UFC 178 fight night, with a fast and confident win of the "Notorious" in the first round. Dustin had ten more battles since that time and lost 2 of them, with only one belt-contending clash against Khabib Nurmagomedov a year ago. However, he was leading the "Fight of the Night" status six times and now is the eights in the pound-for-pound UFC's rating.

McGregor announced his retirement in the middle of this summer but was rather active and playful in the conversations about returning. As he is still the best pay-per-view MMA representative due to his vast media activity, returning to the octagon or even to the ring (unique boxing bout against Mayweather) has been a matter of time. Now, Conor insists on the fight to the end of 2020, which forces the community to think that McGregor has already planned the next step in the fighting sphere.

Dana White, UFC's president and its primary promoter, has stated several times that the organization has some interesting offers for the Irish. When the Twitter public conversation between the fighters took place and finally agreed, UFC immediately came with a promotion proposition.

When will the McGregor vs. Poirier fight happen?

As the Irish combatant insists on 2020, that will probably happen at the end of the year. On Twitter, Conor suggested November 21, if not, the 12th or 19th December are also suitable options for McGregor. As Poirier had the last bout at the end of July, while McGregor also makes a generous charity gesture, Dustin should be ready for all of those variants.

Read more: When will MMA lead the rating of the most popular sports in the world?

Read more: Why are people choosing the Sky Bet app to make wager on MMA?