McGregor Is Likely to Face Cerrone in 2020

Yesterday, Dana White, the current president of the UFC, claimed that he would try to organize a fight Cerrone against McGregor in 2020. 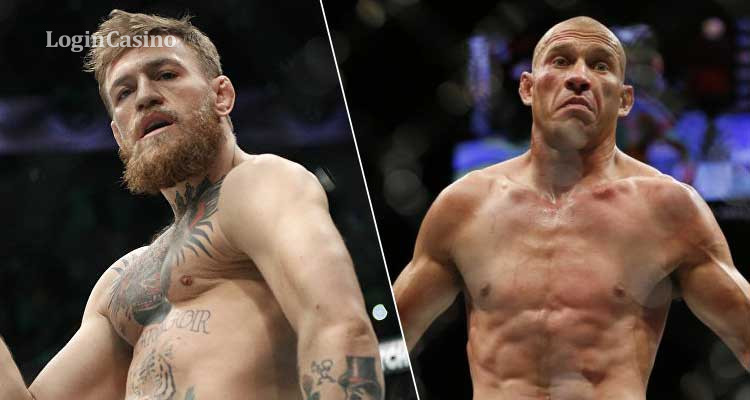 However, according to White, they have not done anything yet to organize this fight. He is not completely sure that this event will take, that is why the current UFC president does not want to talk about this subject.

If White eventually arranges the fight Cerrone vs. McGregor, the event will probably take place on January 18 in Las Vegas. It is noteworthy that during his press-conference in Moscow, the Irish provided the same information about his future fight. However, “The Notorious” declined to say who he would face in his future fight. He claimed that he knows his opponent’s name but his experience shows that it is better not to share such information since the UFC will probably flip everything.

Earlier this year, McGregor and Cerrone talked about having a fight between each other on social media, but it was not arranged.

“The Notorious” has not been in the cage since he lost to Nurmagomedov in October of 2018. As for Cerrone, he was defeated by Ferguson and Gaethje in his two last fights.

As mentioned earlier, Canelo has shared his future plans. The professional boxer intends to move up to the cruiserweight division in order to win another world title.