McGregor and Pacquiao Are Going to Fight for Charity

The former MMA champion Conor McGregor and legendary boxing title-holder Manny Pacquiao are going to face each other in the ring. As they represent different sports, such a clash cannot be announced as an official tournament bout. However, the legendary names have to bring excellent PPV of the battle and wide attention of the worldwide viewers. 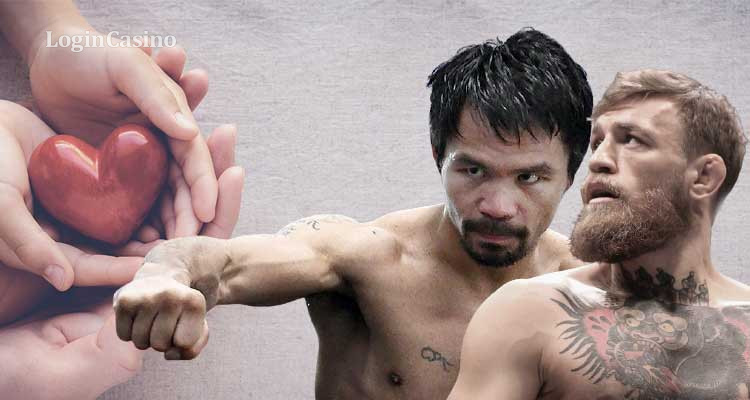 The recent sporting events are suffering tough times due to total lockdown. However, organizers are seeking for the most intriguing matches that can attract both TV and live audiences. The latest sports news informed about the returns of former legendary fighters like Oscar De La Hoya and Chris Byrd, while Mike Tyson and Roy Jones had even agreed to the charity bout. Now is the time for a mixed clash between former MMA fighter Conor McGregor and former boxer Manny Pacquiao.

Even though the combatants made their careers in different sports, it wouldn't be the first time when two different sportsmen met in the ring. Thus, three years ago, the Irish fighter faced the undefeated boxer Floyd Joy Mayweather Jr., and this match gathered massive pay-per-view rates. It seems that promoters are hoping for another attractive banner that can gather solid attention worldwide.

Everything began on September 25, when Conor tweeted that he was going to face Manny Pacquiao. Manny's recent reaction was speechless, but he posted a photo that showed him in the gym with boxing gloves.

Although the Filipino boxer is ten years older than McGregor, Pacquiao will be battling on his native territory - in the ring, which gives him a solid advantage. Specialists tend to consider that the fight will be held in the same style as Mayweather vs. McGregor when the American veteran returned for the show-fight but dominated against the younger opponent.

However, all this recedes into the background since the primary intention of this bout is charity. As Manny Pacquiao is a senator in the Philippines, he is going to give at least half of the income from this fight on national needs. Thus, his country also suffered from COVID-19, and the former eight-division champion tried to do his best to help his homeland.