Mayweather Knows How Wilder Can Beat Fury in Their Trilogy

The undefeated boxer Floyd Mayweather says he knows how to prepare Deontay Wilder for the third bout with Tyson Fury. The American champion insists that Deontay has to learn only some fundamental elements to regain the WBC heavyweight title. According to the latest sports news, it is not the first time Mayweather suggests his help to Wilder, who is still thinking about this proposition. 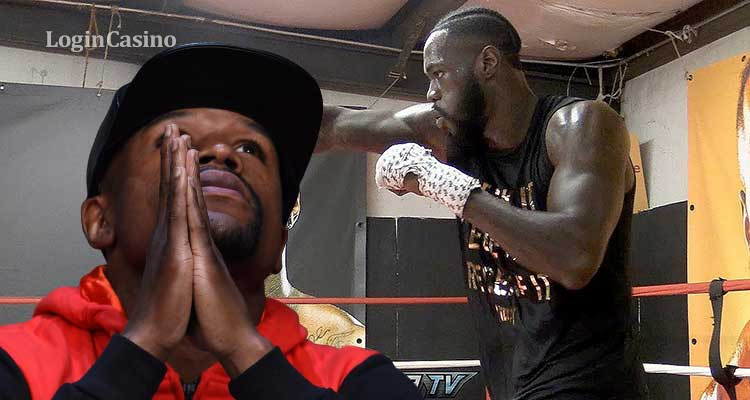 The legendary American champion Floyd Mayweather was rather active during the last few weeks. Firstly, he discussed the possibility to fight with Conor McGregor or Khabib Nurmagomedov. Floyd said that only 300 million dollars per bout could attract him in such fighting activity, and he didn't exclude facing both on the same day. Now Mayweather is forcing the idea to become a coach for Deontay Wilder before the latter faces Tyson Fury in their trilogy match.

The American "Pretty Boy" insists that he can give Deontay the needed fundamentals that will help to crush Fury. The "Gipsy King" looked dominant during the previous two matches, so Wilder surely needs changes and improvements. One of the most evident aspects was Deontay's pretty passive position near the ropes, which allowed Tyson to dictate the place of the battle. Also, the "Bronze Bomber" didn't use his jab to cause problems for the "Gipsy King."

How can Mayweather help Wilder, and why is it possible?

Floyd's proposition doesn't seem strange even though he has been boxing in the welter and light middleweight divisions. The undefeated champion was selecting perfect fight styles to decrease his opponents' possible damage during his career, so he had a lot to say and explain to Wilder. Moreover, Mayweather seems to understand the difference between the weight divisions since he has been boxing in five different ones. Also, he knows that one delivered shot can end the bout and knows how to use it.

The probability of such cooperation increased after Deontay terminated the deal with his former coach Jay Dias. Furthermore, the latter didn't prepare Wilder for the battle with Fury, and especially the second bout was one-sided. Mayweather's confidence and the ability to adjust to every fight situation can be the element that will help Deontay Wilder finally defeat Tyson Fury in their trilogy clash.

Read more: Are Fury and Wilder among the best boxers now?

Read more: What is the boxing odds line in the bet365 mobile app?