According to Mike Brown, Jorge Masvidal’s head coach, the fighter’s performance and victory at UFC 244 was not a surprise for him. 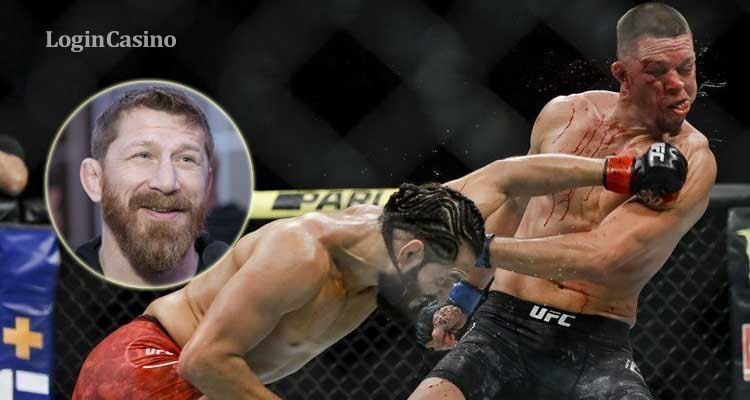 Brown helped to lay out the strategic approach to pick Masvidal’s opponent apart. Therefore, during the fight, the coach was simply watching “Gamebred” put into practice the carefully prepared plan.

It took fifteen minutes for Masvidal to earn a couple of knockdowns while out landing his rival by a spectacular 112 to 43 in impressive strikes. Besides, “Gamebred” busted Diaz with a brutal elbow strike, which led to a serious injury over the fighter’s eyebrow. As a result, the fight was over.

Brown is proud to share that his protégé has managed to implement everything they had orchestrated in the training camp. Moreover, there were several weapons that Masvidal even did not have a chance to put into practice.

The final result was a 3rd-round TKO with “Gamebred” up 30-26, 30-27 and 30-26 which were displayed on scorecards before the ringside physician stopped the fight.

As soon as everything was over, Masvidal promised Diaz to meet again in order to “settle the unfinished business”. However, during the press conference, the UFC President strongly rejected the idea in the nearest future.

As mentioned earlier, according to Diaz’s previous claims, the fighter was planning to finish his career after UFC 244.