The FA Community Shield game of Liverpool against Manchester City is scheduled for August 4. In the meantime, the Reds held their last friendly match before the start of the new football season in England, having crushed Lyon with a score of 3:1. However, the team’s play was far from perfect. 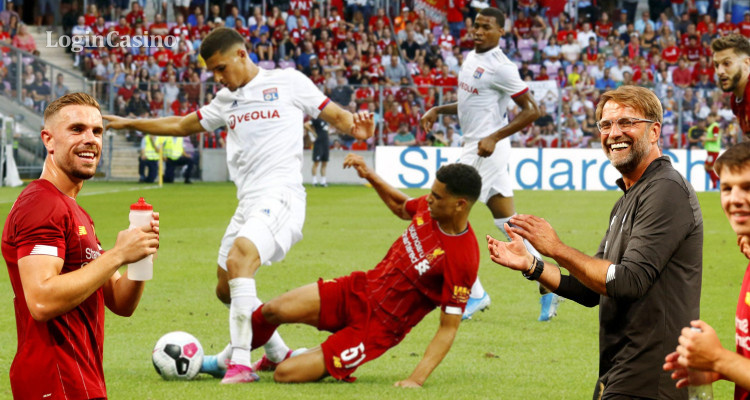 The defeats from Sevilla (1:2), Borussia Dortmund (2:3), and Napoli (0:3), as well as the draw with Sporting (2:2) were the last pre-season games results’ of Liverpool prior to the match against Lyon. Let's be honest, this is not what you expect from the Champions League winner and the Premier League’s one-point-away-the-trophy team. The latest results filled most of the Reds fans’ heads with uncertainty. The upcoming Super Bowl of England will show the team’s condition in comparison with Manchester City, which collected all the domestic trophies last season.

The game against Lyon allowed Liverpool fans to heave a sigh of relief. With the return of the team’s leaders, the Reds have finally shown good play and result.

In the game against the French, Salah and Firmino returned from vacation, and only Sadio Mane could not help his teammates during the match. Klopp gave him the opportunity to gain strength because the Senegalese had a very long season – Mane with his national team reached the African Nations Cup’s final. As the tournament ended only on July 19, Sadio did not have much time to rest.

Liverpool had a bad start in the game against Lyon. One of the best goalkeepers in the world, Alison Becker, made a terrible mistake, which led to a penalty – the Brazilian missed the goal.

However, in 10 minutes, Roberto Firmino restored justice by scoring a goal, and four minutes later, Lyon made their own goal, which simplified the task for the Reds. Merseyside’s team continued the pressure, which resulted in the enemy players’ new mistakes. Until the beginning of the second half, Liverpool players made many long-range shots that did not lead to a scored goal. However, in the 53rd minute, young Harry Wilson showed why he had been left in the Reds team.

The Wales national team player, who had been playing on loan for Derby County last season and scored 14 goals in 38 games, hammered the ball into the Lyon goal, setting the final score 3-1.

As we see, the team spirit has been raised with the leaders return. Therefore, a real football holiday is waiting for us during the 2019 FA Community Shield this Sunday.