Gaethje: Nurmagomedov Has Never Fought the Fighter Like Me

The American MMA fighter Justin Gaethje talked about the upcoming UFC 254 bout between him and Khabib Nurmagomedov. The former US wrestler says he is the type of the fighter Habib has never met before, and it can make the difference. Even though mixed-martial artists traditionally heat up the latest sports news with their provocative speeches, everything will be clear on October 24 when Gaethje and Nurmagomedov face each other in the octagon. 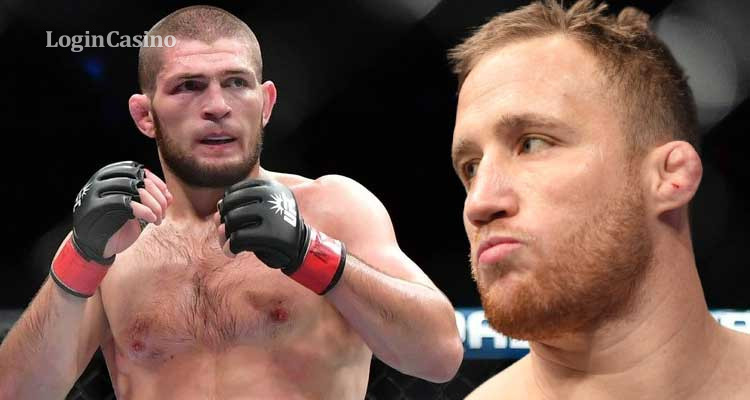 The American combatant Justin Gaethje has given his explanations on how he will defeat Khabib Nurmagomedov during the UFC 254 fight night. The upcoming lightweight title bout will be another chance for the Russian to continue his undefeated series, which now includes 28 victories in a row. However, the American is going to stop this and has talked about having a few cards up his sleeves.

Gaethje may stop the winning streak of the opponent by giving all his passion. Justin insists on his ability to deal with grappling tactics the Dagestan-born fighter has used to beat all his opponents. Being also a former wrestler, Justin knows how to attack and defend against the clinch-like fighting manner.

What is the main advantage of Gaethje over Nurmagomedov?

According to the American, the primary superiority for the upcoming clash is his mindset. Justin said that he was always going to the octagon with the desire to show good performance. It can be confirmed by Dustin Poirier, who beat Gaethje but suffered enormous damage back. Justin is sure that his dedication to MMA is the right direction to focus on.

The American fighter has also spoken about the importance of family and the coach he has in the background. Justin looks pretty calm with his trainer and says that their cooperation gives him enough confidence not to be scared of meeting with undefeated champions. Another crucial aspect of Gaethje’s belief in his success is his family, as they are always happy with the performance they see on the screens. Such a “nothing to lose” position traditionally gives extra confidence to every sportsman, making the battle for the lightweight belt more interesting.

Read more: Is MMA among the most popular sports in the world?

Read more: How to transform sports betting into pleasant leisure?