Cormier Expects Chimaev Can Win Adesanya and Usman in 2021

The young Swedish prospect Khamzat Chimaev has recently turned into the primary figure in the UFC's latest sports news. His appearance in the octagon in July 2020 brought a few astonishing wins since that time, which forced prominent MMA figures like Cormier to speak about the newcomer. The latter sees in Chimaev a real danger for welterweight champion Kamaru Usman and middleweight title-holder Israel Adesanya. 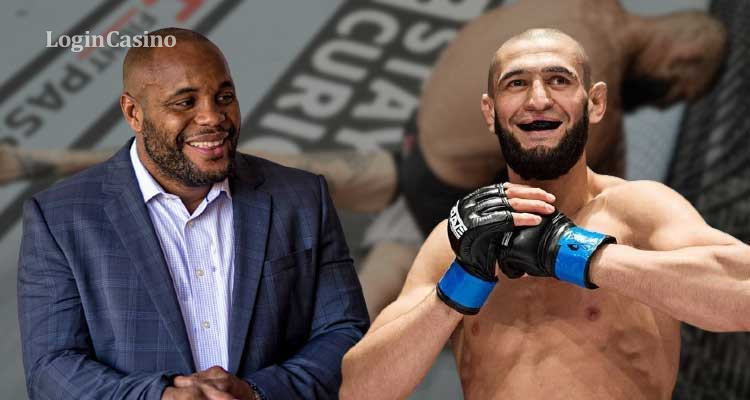 A legendary UFC champion Daniel Cormier attracts attention to the young MMA fighter Khamzat Chimaev. The latter smashed Gerald Meerschaert in only 17 seconds of the first round during the 11th UFC Vegas show and seemed to be ready to meet the next opponent in a matter of weeks. That was the third successful bout for the Russian-born combatant since his debut in July, and all fights finished with the astonishing wins.

Cormier sees huge perspectives for Chimaev in the nearest future. Moreover, Daniel made an emphasis on Khamzat's ability to fight in two divisions, shaking both welterweight and middleweight. The legendary former two-division champion expects that Chimaev can get belts in 170- and 185-pound divisions in the next year if he continues his smashing dominance in the octagon.

While most of the UFC community discusses the newcomer and his unexpected fighting approach, the middleweight champion Israel Adesanya hasn't even watched Chimaev’s bouts. A Nigeria-born fighter called Khamzat a "rat lip," showing some kind of disrespect to the Swede. However, a possible upcoming battle between the mixed-martial artists can be possible only on the long-distance, as Chimaev is still not even a mandatory belt contender in the welterweight, nothing to say about the middleweight. Nevertheless, a few more astonishing wins by Khamzat can force Adesanya not only to watch the Swedish fighter but also to prepare for a protection bout against him.

Read more: What are the most popular sports in the world in 2020?