Club Bruges Holds on for Draw against Real Madrid

Real Madrid did not manage to defeat Bruges in the Champions League match. Their struggle ended in a draw 2-2. 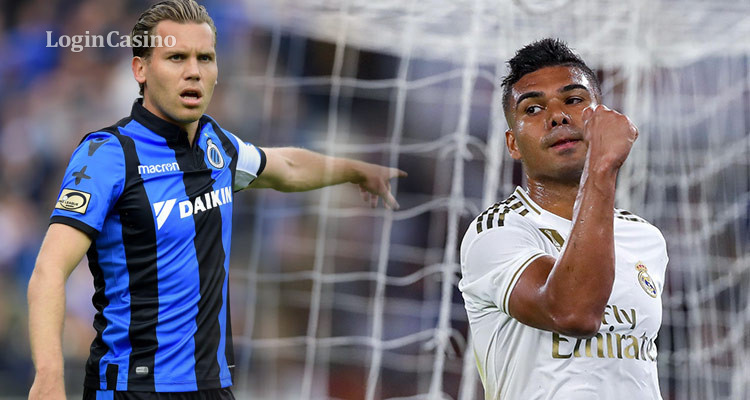 The match was not easy for the 13-time champions from Spain. After the first half, the Belgians were winning ‘Los Blancos’ with a score of 0-2. Dennis Bonaventure, who earlier played for Zorya Luhansk and now is a striker for Club Bruges, scored two goals in the ninth and thirty-ninth minutes of the match. In both cases, the hosts' defense failed, leaving their goalkeeper Thibaut Courtois completely helpless.

In the interval, Zinedine Zidane made a radical decision and replaced the Belgian goalkeeper with Alfonso Areola.

In the second half, Real Madrid quickly scored a goal. In the fifty-fifth minute, Ramos headed a goal after Benzema's cross.

For a long time, the Belgians were maintaining the lead, but failed to hold on until the end. In the eighty-forth minute, Bruges’ captain Wormer received a second yellow card and left his team in the minority. Real Madrid took advantage of this situation and Casemiro scored a tying goal after Tony Kroos' pass.

Thus, ‘Los Blancos’ managed to escape from the second defeat in the current group stage draw of the Champions League.  After two matches, Zinedine Zidane’s team has only one point.

As mentioned earlier, Real Madrid’s supporters are disappointed with the club’s defeat against PSG. They are asking Ronaldo to come back.

Read more: Top Highest-Paid Football Players in the world and the RPL