Vanessa Selbst – the Queen of Poker with Three WSOP Bracelets

How does it feel to be the most successful female poker player in the world? Vanessa Selbst is the woman who knows this feeling. Her dedication to poker and ambitious approach to the game helped her to build a superb career and earn millions of dollars. 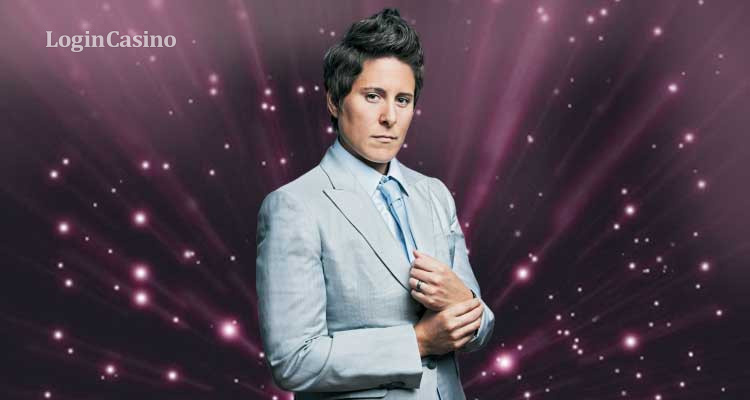 Speaking about poker, most of us will say that it’s the game in which males prevail over females. The percentage of women who play poker isn’t very high. However, Vanessa Selbst is an exception from the rule. She is a professional poker player, a winner of many tournaments and a strong rival for any gambler. Many male players want Vanessa to be a mentor for their poker career, while others are afraid of having her as a competitor.

Vanessa Selbst: poker as the way of life

Vanessa Selbst was born in Brooklyn, New York, on July 9, 1984. She always was a smart girl who established goals and easily achieved them. The girl spent a lot of time studying: firstly – school years, then – the degree at one of the most high-prestige universities around the world – Yale. It’s worth saying that one degree (namely, in Political Science) wasn’t enough for a young and ambitious girl and she decided to continue getting knowledge at the Law School. The woman chose the direction in the law career that was the most interesting for her – LGBT rights. It isn’t a secret that the player has a non-traditional orientation. Vanessa Selbst’s girlfriend is Miranda Foster.

Vanessa’s love for cards started in her “green years”. The girl liked to spend free time playing Pac-Man and other table card games. Of course, poker later became her main obsession. Due to her developed mathematical thinking and a very smart brain, Vanessa entered the main poker players’ circles where she became one of the best. Such success changed her mindset, philosophy and job plans and she decided to devote her life to poker. Obviously, she was mostly appealed by the sums of money she won while doing, in her opinion, nothing difficult – just playing a favorite game all the time. It was an easy way to earn money and the woman followed it. 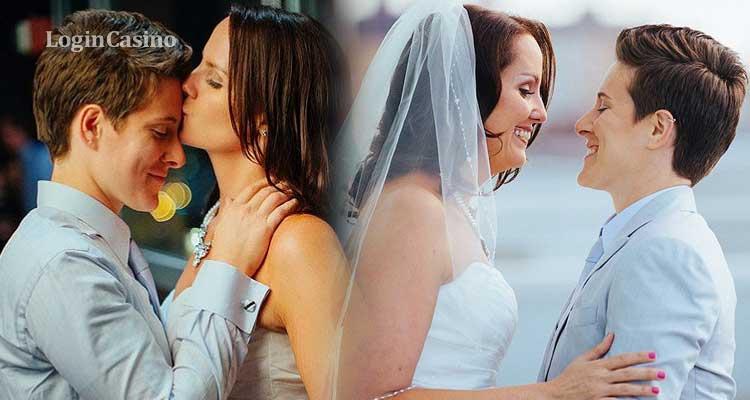 Is Vanessa Selbst married? Yes, she is! The couple married 7 years ago and got a lot of support and congratulations on their wedding day from Vanessa’s fans. The poker star even shared some wedding photos with her soulmate Miranda Foster on Twitter to show her happy moments.

It should be also mentioned that Vanessa Selbst’s wife gave birth to their son, Felix. Some people think he has become the main reason for Vanessa to retire. She wanted to spend more time with her family instead of poker matches. The player has earned enough money to raise the child and to guarantee him a comfortable life. In her interviews, Vanessa has said that it’s rather difficult to be successful in both, poker career and family relationships. She also notes that being a top poker player means that you don’t belong yourself and there isn’t any stability in your life.

Vanessa Selbst: net worth, career and the biggest wins

As it was stated above, Vanessa threw herself into the world of professional poker. The number of games she took part in was enough (and the number of wins as well) for the woman to create a considerable gaming portfolio. The interesting fact is that Vanessa also played online poker at the start of her career but real games always were much more appealing for her.

The succession of tournaments and wins followed her first contests. $450 000 in NAPT Main Events in 2011, $225 000 for the 4th place in the European Poker Tour in London, the Partouche Poker Tour Main Event with the enormous prize of $1 648 470. Moreover, she was the first person to win two PokerStars games in series. 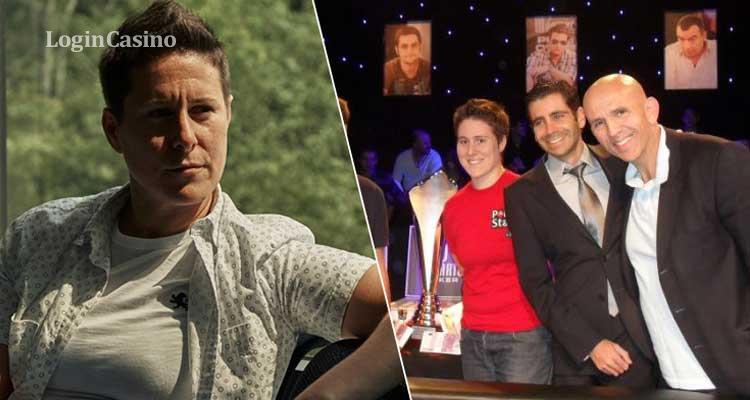 These contests made her famous among poker players around the world. Vanessa got fans and supporters, she became a person of interest for sponsors and poker events organizers. People admitted her talent in playing poker and were impressed by her skills. However, this giddy success wasn’t enough for Vanessa. She faced difficult but at the same time exciting years, full of success, during which the female poker star got a bracelet and put $4 mln to her pocket. And, besides, she is the only female owner of 3 WSOP bracelets.

Now Selbst’s net worth is approximately $5 mln. Probably, the player got satisfied with this sum because in 2017 New Year’s Eve she suddenly announced that she was going to leave the poker world and to pay more attention to her studying, brand development and other pleasant and important things in her life. The news that Vanessa Selbst retires has gone viral at a high speed. However, her announcement wasn’t true and she didn’t quit poker. Some people thought that she wanted to stop playing her favorite game for money, taking part in all popular events of the industry, and to go on with poker just for fun. At the same time, followers of Vanessa Selbst’s Twitter often notice that she still continues playing poker in various casinos. So, it isn’t a surprise, as far as poker is the biggest passion in Vanessa’s life.

Vanessa frequently gives newsbreaks to mass media by her sudden decisions. For example, not so long ago, the poker star changed her career path and became an employee of Bridgewater Associates, an investment management company. Some time before, the poker star emphasized that she didn’t want to live her life like a capitalist and her values were far from this. But, as we can see, she changed her mind and was ready to meet new opportunities in her future career. Vanessa probably wants to apply the knowledge he got at Yale University and to try to earn money in a different way. The other explanation – she wants to make her life more stable and sociably secure. Whatever the truth is, the poker star’s fans criticize her for this decision. 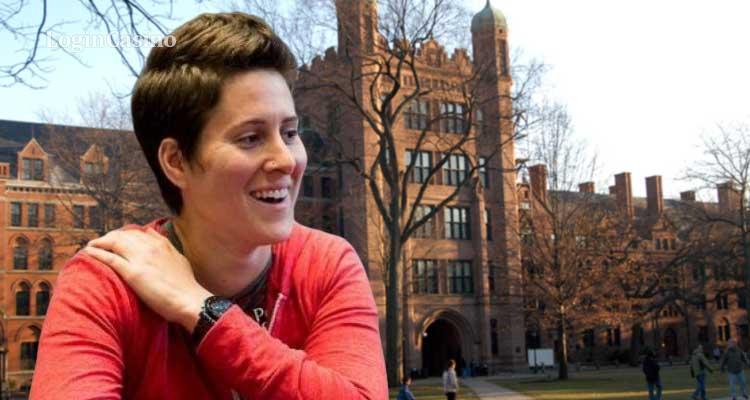 Another situation that has made a lot of fuss about her personality is her $1.8 mln bet with Jason Mercier. Selbst promised to pay the player almost two million dollars if he got the third WSOP bracelet. However, Vanessa told later that she was drunk while betting against Jason and she would buy out of the bet. It led to the war of words between them on Twitter. Besides, the same situation occurred with Dzmitry Urbanovich, a Polish poker player, against whom Selbst also made bet earlier. But, in the situation with Mercier, Vanessa didn’t support the idea of making the bet publicly.

Vanessa’s poker player profile includes participation in dozens of poker events and matches. If to consider it in more detail – Selbst was a participant of 21 poker tournaments the results of which were millions of dollars. It’s hard to believe but the total sum of her wins is $11 850 000! She also won three bracelets: the first - in 2008, the second – 2012, the third – 2014.

Among her tournaments are the following: 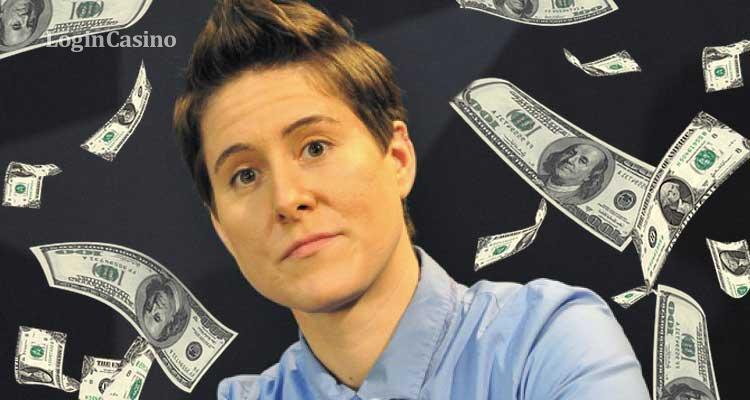 Vanessa has proved herself to be a real leader, a strong poker player and a very clever person. Her poker experience is almost 13 years of constant playing and now she wants to a little bit shift her interests to make poker more like a hobby than a source of income.

As mentioned earlier, a poker player from Canada, Timothy Adams, won his second title during the Australian Poker Open.