The “Dignity Decree” of Italy, proves to be the umpteenth found political to obtain the people’s consents and make cash with the proceeds of the game

For some time now, throughout the Italian territory, conflicting opinions have been mounting concerning the theme of the “gambling”. For a part of the population, hostile to the phenomenon, the game represents a problem not to be ignored and to be totally eliminated, a serious ethical and moral deterrent capable of compromising family economies and mental conditions of the players. For others, the game represents an innate condition in every man or woman, rooted in time and for this reason free to express itself without limits, which cannot be prohibited but only controlled in order to exploit economic benefits and new possibilities. 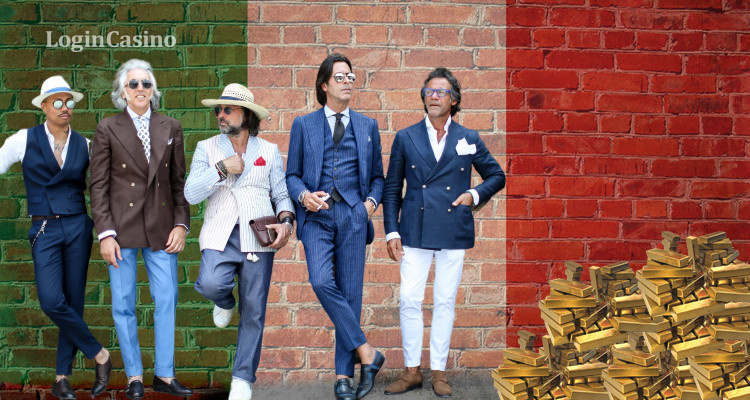 According to The betting coach press service, the recent legal changes in the field of games, introduced with the ” Dignity Decree “, have increased the clashes between the two lines of thought.

We are talking about changes with heavy constraints for the sector, born with the aim of protecting the players but which, in light of what was obtained, only served to bring more votes to the politicians involved in their electoral campaigns and more money in the coffers of the state, author once again, of the increase in taxes and withdrawals on the game.

It should also be considered that in countries where gambling is an ancient tradition such as in the UK and most of Europe, restrictive measures such as this decree, seem to be pure science fiction but capable of frightening future companies willing to invest in the territory or even

Italy has therefore reached a position that requires an immediate definition before a serious collapse of the sector can occur that is able to annul the enormous conquests obtained in these years.

Brief history of gambling in Italy

Until 1992, gambling in Italy was considered a practice of high social risk, so the concessions were reserved only for a few lotteries such as the Totocalcio and Totogol.

The situation changes radically with the Governments led by Amato and Ciampi, Ministers of the Economy and Finance who tried to incentivize the consumption of gambling as the respective tax revenues were considered an important item of the budget.

With the Berlusconi governments of the early 2000s, a real new economy of gambling is created with the consequent birth and spread of large concessionary companies. Gaming systems are widespread throughout the country and the boom in Slot Machines and Scratch and Win begins. Gambling of those years in Italy thus becomes the third industry in the country.

In 2009 the center-right government, with the emergency decree for the L’Aquila earthquake, used the game as a source of revenue to solve territorial problems and introduced the possibility of installing the VLT (video lottery) notes in the gaming rooms. 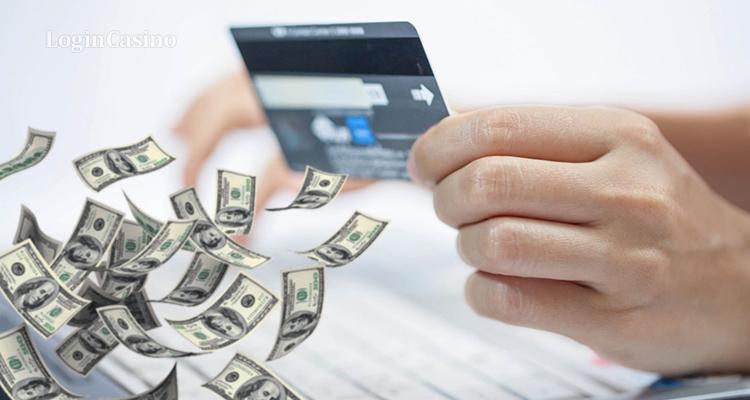 Online gaming machines that also accept banknotes and offer a higher payment through national bonuses calculated on all global bets managed by a central server.

In the same period, the green light for the opening of online casinos is also given.

Eurispes, one of the most important research institutes in the country, presented the Italy 2019 Report to the public, now in its 31st edition.

As specified by the entity itself, both traditional issues and themes more related to the phenomena of the moment have been studied in depth, including “the game with cash prizes“.

The photography of Italy that is proposed, helps to understand the present and the future from a social and cultural point of view.

Regarding gambling, the data shows the following numbers:

The gaming market in Italy has practically doubled in the last 9 years, going from a collection of 47.5 billion in 2008 to 101.8 billion in 2017. However, 71.8% of Italians say they never play, compared to 28.2% who instead claim to have participated in some form of a game with cash prizes. Compared to the channel used, most players enjoy exclusively live, with traditional forms of play, while 7.9% bet both offline and online. A small percentage of players, 2%, only use the online channel.

The motivations that push Italians to play are above all the hope of a big win and easy money (a total of 50%), fun (21.1%) the possibility of occupying leisure time (8.2% ).

The Eurispes data also indicate that the great passion of the Italians is the Scratch and Win which are by far the most practiced game, followed by Lotto and SuperEnalotto, Lotteries, sports bets, casinos and horse racing.

Active laws today against the gambling Some political movements, citizens’ associations and even the Church with the Pope’s statements openly expressed their opposition to gambling by asking the institutions to implement effective plans against its proliferation.

These requests have not gone unnoticed over time and have led to the implementation of initiatives such as the prohibition of installing video lottery and slot machines in some areas, incentives for merchants to take them out or awareness-raising projects.

It is important to say that throughout the territory, from some time, the game is forbidden to children under the age of 18.

In the past, it was also added the Balduzzi Decree (name of the then Minister of Health 2012), then converted into law, considered the first provision oriented to establish clear limits to advertising messages.

The contrast to gambling in Italy, moreover, was included among the points of the government contract between the League and the 5 stars and the measures are contained in the “Decree Dignity” approved in July 2018.

Among its fundamental points is Article 9 which prohibits any form of advertising, even indirect, relating to games or bets, as well as gambling, however carried out and on any means including sports, cultural or artistic events, the television or radio broadcasts, daily and periodical press, general publications, billboards and internet.

From 1 January 2019, the ban was also applied to the sponsorship of events, activities, events, programs, products or services and to all other forms of communication.

National deferred lotteries are excluded from the ban.

Moreover, in all the regions of Italy, there are active measures to limit opening hours and distances of sales exercises from some places defined as “sensitive” with particular reference to schools, churches, oratories and recently also to banks, to ATMs, to hospitals.

Over one year after Dignity Decree: how gaming habits in Italy change

The feeling is that really little has changed between the habits of the players. Indeed, the game and its users seem to have increased despite the harsh measures taken by the Government.

The great merit of this continuous growth beyond the prohibitions must be attributed to the always attentive and serious work of the gaming companies towards their players and the growing development of technologies designed to favour the creation of alternatives. 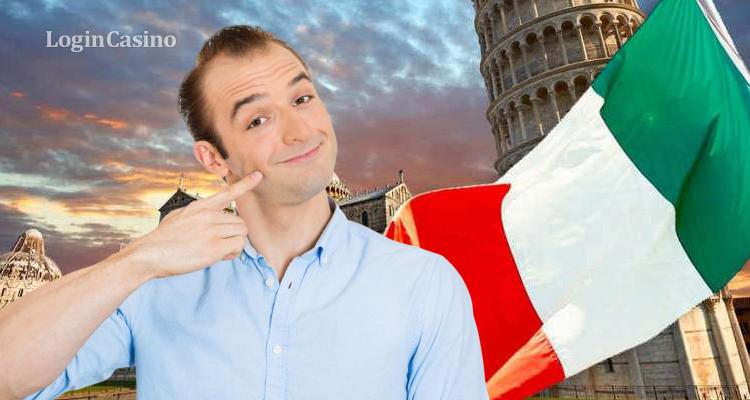 Certainly, today, with the new dispositions of law, it is easier to notice on the gaming sites, notices of an informative nature regarding the chances of winning and the problems of addiction. In addition, self-limitation measures were introduced on users’ private online gaming accounts and the bonus advertising aggressiveness to incentivize the game decreased.

An important and perhaps unique step worthy of real attention was to make it compulsory for the owners and employees of physical game points of sale to attend professional training courses to recognize and manage hypothetical cases of gambling addiction among customers.

The formation of recovery institutions and centres managed by the local health service to help problem gamblers was certainly useful. In fact, today, throughout Italy, it is possible to report and treat serious cases of illness linked to gambling.

To change, much more than the habits of the players and of the game itself, have been the future prospects of the sector and its experts, oriented to find effective alternatives to the continuous fiscal pressures and withdrawals that governments over time have structured for the game.

Even in recent months, in fact, on the one hand, the Government has promoted a policy that is contrary to the game, from the other it has increased the percentages of withdrawals on gambling and on the won of bets and slot machines to cover its financial manoeuvres.

Returning to the Decree Dignity, there are many points that leave the experts in the field perplexed, as the political choices seem to have no logic and show a total and serious lack of analysis and knowledge of the game phenomenon by the Government.

First of all, the total discrimination against Slots and bets is evident, while many wonder why games linked to the State such as Scratch and Win and the lotteries have not had repercussions. Yet the data speak of a greater use of these last two forms of play by the citizen players on the territory. 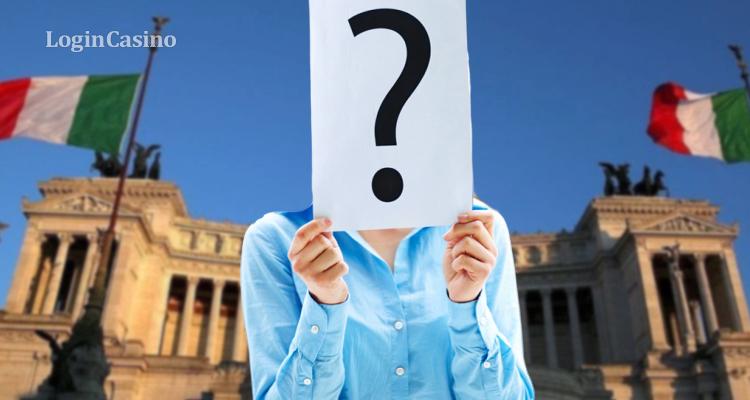 The prohibition of advertising instead represented only a loss of income for football teams, newspapers and TV that from those sponsorships took enormous benefits.

To understand the absurdity of the ban, just look at any international sporting event such as the Champions League or the Europa League or any other sports match in other championships such as the Premier League, where almost all teams or fields from game features advertising and betting sponsorship.

The game, via the TV and their video rights abroad, also enters the homes of Italians favouring foreign dealers and making economic potential lose to other commercial sectors operating on the Italian territory.

Finally, by analysing the various distance meter limits imposed by the regions, it is clear that with the use of technology and gaming apps it is possible to make gamble in any place and at any time. By closing out points of sale or forcing them to be far from the places defined by law, we run the risk of penalizing only workers or companies that have invested capital in this sector without really solving the problem of the game.

The future is increasingly uncertain and what until recently seemed to be a popular destination for gambling companies, risks turning into an arid environment from which they will soon go out.

As mentioned earlier, the leading operators expressed their commitment to a GB-facing safer gambling initiative.