Phil Ivey Net Worth. How to Become a Poker Icon

In the past, among a lot of people, poker was associated only with illegal criminal activity. Today, diverse poker tournaments are major media events. Some players are as popular as the best actors, singers and athletes, and poker tournaments themselves are broadcast by leading channels around the world. 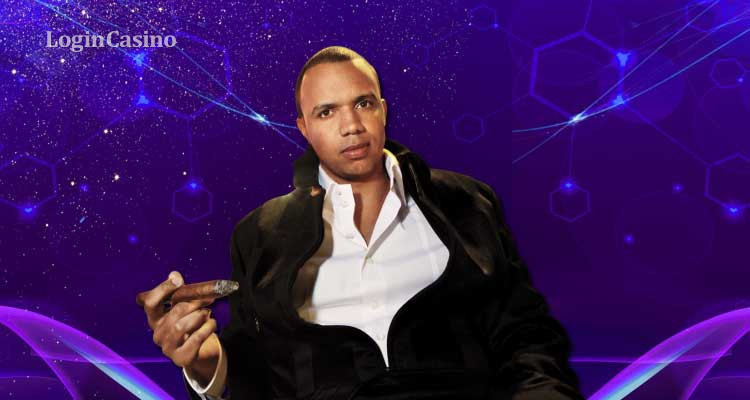 Content:
1. Phil Ivy biography2. Phil Ivy's poker career3. The most significant achievements4. Phil Ivey net worth4.1. How much is Phil Ivey worth?5. 2019 in Ivey’s career6. News about Phil Ivey that are not related to poker tournaments7. Does Phil Ivy cheat?8. Other sources of income and charity9. News about Phil Ivey’s wife and divorce10. Where does one of the best poker players live?

Twenty years ago, playing poker was not considered a serious occupation but today, the best professional players in the world are highly respected and admired. This time, the Login Casino team will tell you the life story of incredibly successful Phil Ivey, who is said to be one of the best players in poker history.

The future poker player was born in the small town of Riverside, located in California, inhabited by only three hundred thousand people. The city is surrounded by diverse mountains and is famous for its festivals. Until eight years old, Phil knew nothing about poker. However, afterwards, he saw how his grandfather, known for being interested in card games, played a seven-card stud with some friends. Already at such an early age, the boy's interest was very strong. If poker is also one of your biggest passions, then visit https://queenofluck.com/en and try diverse variations of poker at this gambling establishment. This virtual casino is one of the best in the industry due to its reliability, huge variety of options, beneficial bonuses and the presence of players from all over the world.

It is true that the parents did not particularly support the boy’s hobby and tried to protect him from this gambling activity. They were sure that their son needed to enjoy walking in the mountains and playing ball, not cards. Grandfather did not agree with such an opinion and constantly deceived the naive grandson during the game, thereby trying to make Phil understand that poker is not always a fair game. In general, all efforts were in vain: Phil's interest did not fade away.

Some time later, Phil and his mother moved to New Jersey. There, he got into the casino at the age of sixteen using a fake ID. Ivey did now win any money but he gained something more important – experience. He watched the players, their gestures and emotions and carefully remembered everything. It is an interesting fact that Ivey got the nickname “No Home Jerome” because he spent a lot of time at gambling establishments. Who had thought then that he would have become one of the most famous poker players? If becoming a well-known poker player is your dream, you need to hone your skills every day at https://betboys.casino/en – one the best virtual casinos in the gambling industry. Afterwards, if you achieve a high level at this gambling establishment, then you will be able to earn very good money and become famous in the world of poker.

For some time, Ivey worked at a marketing company, where he constantly played poker with his colleagues. However, one day, he realized that he wanted a more interesting life, and not spend days in the office. 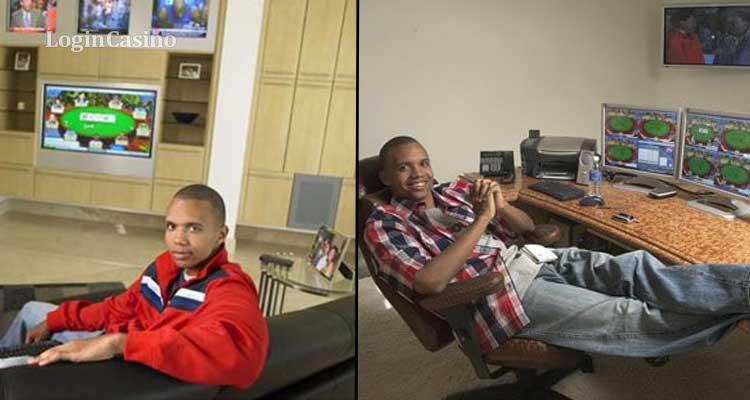 When Ivey turned twenty-one, he was already a well-known poker player in the Atlantic City casino. The player was gentle, modest and polite, and this allowed him to easily join the circle of the professionals who at that time, often visited casinos in Atlantic City. Thus, for example, Ivey made friends with Barry Greenstein. The latter saw in Ivey great potential.

At the age of twenty-three, Phil Ivey already had a huge gaming experience and decided to take part in the World Series of Poker in the Pot-Limit Omaha tournament. He easily managed to reach the final table, where he won his first tournament and first gold bracelet. Since that time, his career was successfully developing.

Phil Ivey stood out among other poker players by his too aggressive strategy of the game and the ability to bluff a lot and successfully. He managed to find weaknesses in his opponents and used them at the right time. Playing with the best professionals, the level of Phil’s skills improved every year.

According to common opinion, Phil Ivey is considered the best and most successful poker player in the world. Phil Ivey's main specialization is a cash game but he is also good at online poker.

The most significant achievements

How much is Phil Ivey worth?

This is one of the most common questions among poker fans since Ivey is not only of the most successful players in the history of poker but also one of the richest ones. For example, lets just mention his impressive performance in a game against billionaire Andrew Belle in 2006, when Ivey managed to win over $16 million. As for numerous poker tournaments, some of the biggest winnings in his career are:

All these winning have contributed to the fact that Phil Ivey net worth 2019 is estimated to be approximately $125 million.

At present, the well-known poker player does not often participate in different tournaments. According to some experts, this may be caused by Ivey's unsatisfactory financial situation.

One of the latest events where the player took part was a $25,000 short deck poker tournament, the part of the Caribbean Poker Party, hosted by the Baha Mar casino. Phil Ivey became one of the forty-five participants in this event and showed a good perfomance. He managed to get to the final table of the tournament. Ivey ranked fourth, received $126,000 in prize money and continued to participate in the High Roller tournaments in the Bahamas.

Before, Ivey also participated in one of the most prestigious tournaments in the world poker series – a championship with a buy-in of fifty thousand dollars. As a result, Ivy ranked eighth and won one hundred twenty-four thousand dollars. The above-mentioned winnings helped to make Phil Ivey net worth 2018 higher in 2019.

News about Phil Ivey that are not related to poker tournaments

In 2019, Ivey faced an extremely sad event: Patsy Humphreys, the player’s most devoted fan passed away. Their true friendship was born right at the poker table: a lot of years ago, Phil Ivey met with Mel and Patsy Humphries while playing the limit hold'em game in Atlantic City. At the moment, he was not a poker superstar.

Although the Humphries spouses were at least a generation younger than Phil (at that time he was not twenty years old yet), the love of the game firmly bound them together. The whole world knew about this friendship, seeing how, during the WSOP tournaments, the Humphries couple supported their favorite poker player. However, on March 3, 2019, Patsy Humphries could get over acute chronic pulmonary insufficiency and pneumonia and passed away. Certainly, Phil Ivey will miss this touching manifestation of friendship in the future. 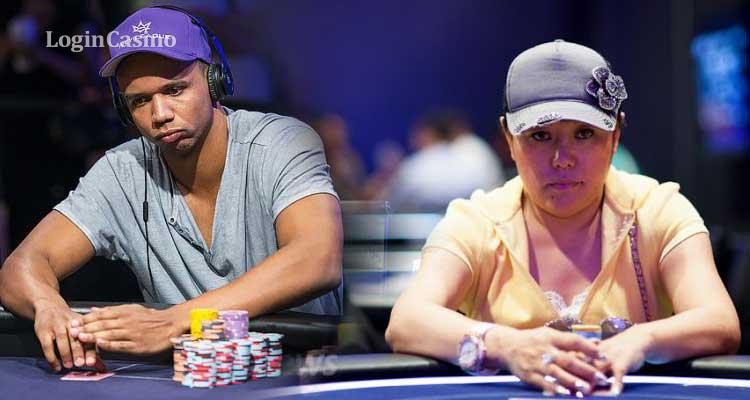 In 2012, Ivy and his partner in the game, Cheng Yin Sun, won nearly $10 million in casino games at a high stakes baccarat session held in the casino Borgata. Afterwards, the management of the gambling establishment accused the poker players of violating the rules of the game of baccarat. The casino demanded to pay back ten million dollars, which were obtained by fraud. According to the casino, Phil Ivey and Cheng Yin Sun managed to win money due to the technique of edge sorting. In the article about Phil Ivey net worth, Forbes explains that this technique consists in identifying the asymmetry of the pattern on the back of the playing cards.

Borgata filed a lawsuit against him two years later but Ivey, in turn, claimed that he had not committed anything illegal. In November last year, the court ruled that the player was guilty of violating the rules of the game at Borgata casino and ordered him to pay the debt.

However, over the past years, the gambling establishment has not received any money from Ivey. His lawyers have been insisting that their client is not currently able to pay the debt. It remains unknown whether the casino will be able to get at least some money from the poker player or whether his lawyers will again find a reason not to pay the debt.

Other sources of income and charity

The main factor of Phil Ivey’s success is that he knows how to properly manage his finances. This gives him the opportunity to constantly increase his own fortune due to a successful game in tournaments, as well as good investments in promising projects.

For example, in 2014 Ivey Poker launched his own poker school. However, it was closed later, in 2017. Probably, it happened because the profits from the school were low and they did not contribute to the increase in Phil Ivey net worth 2016.

In addition, he has shares in the company “All-In Entertainment”, which provides various promotional services in the field of music, films and sports. In addition, the famous player received a license to sell medical marijuana in Las Vegas. One of his recent projects was the PhilIveyDFS fantasy sports website (iTEAM Network was involved in its development).

Besides, the popular player remains a very kind person and tries to help other people participating in charity initiatives. He became the founder of the Budding Ivey Foundation, a non-profit organization dedicated to poverty alleviation, creation of educational programs and help to homeless people. 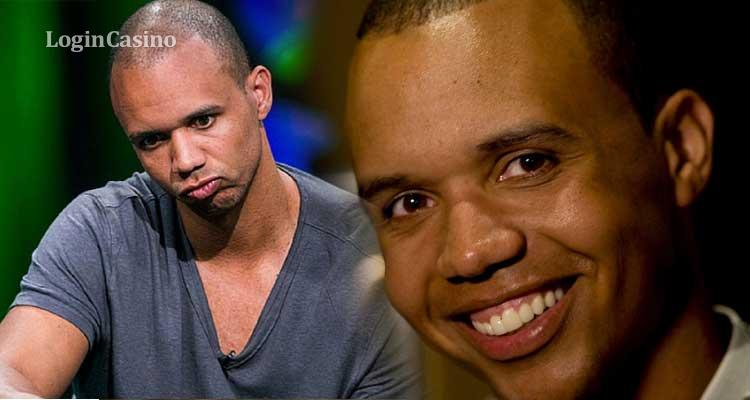 In December 2009, the professional poker player divorced his school love Lucietta, with whom he had been married for seven years. All the details of the divorce were carefully hidden by the lawyers but after some time the media managed to find out some information.

According to the media, Lucietta demanded the removal of the judge who led their divorce proceedings. She stated that Phil Ivey's lawyers handed over the money to the judge shortly after the trial ended. In response to this accusation, lawyers issued a statement denying any bias in this lawsuit. Among other things, it became known that Phil's ex-wife received as a result of a divorce a collection of bags worth $1.2 million, a set of jewelry worth more than a million dollars and a monthly alimony of $180,000. In addition, she received a car, insurance, about 40% of the securities account, down payment for a new house, half of the proceeds from the sale of an old house and 40% of all percent of the business except for Tiltware LCC.

Where does one of the best poker players live?

Phil Ivey used to have a huge house in Las Vegas but in 2010, he put it up for sale. Then Ivey moved to live in Mexico (Cabo San Lucas). Those who have already visited this place called the house one of the most comfortable places for relaxing. It is located on the coast. It is not known with whom Ivey lives there, he himself rarely stays at this house, given the frequent trips to Macau and other cities and countries, where the player participates in diverse poker tournaments.

As mentioned earlier, the Global Poker Awards will be held on March 6 next year. The will feature more categories in comparison with this year’s ceremony. 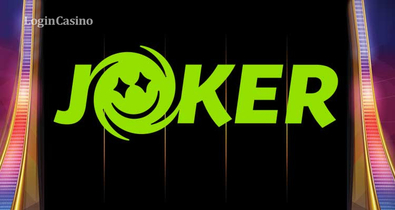 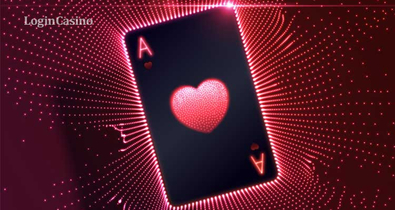