How to Cope with TikTok Ban in Terms of Marketing?

The inrush popularity of TikTok in 2020 attracted a lot of attention from casino affiliate marketing professionals to this social media. However, the app has rather strict advertising filters and is even banned in a few countries. How to understand the specifics of TikTok affiliate marketing in different states in this regard? Our online magazine continues highlighting the most interesting gambling business news, now explaining a unique video social media's case. 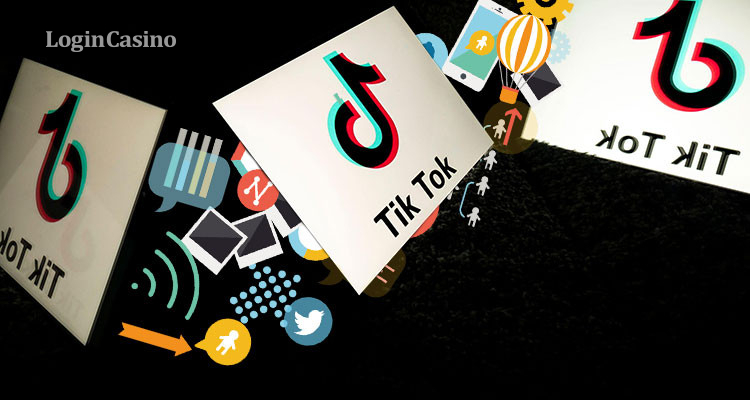 One of the core specifics of marketing in gambling is generating creative content that will immediately grab the target audience's attention. From this point of view, social media that has gained multi-billion popularity due to short viral videos is the perfect platform to realize an already existing approach in gambling. Just imagine ads that appear natively in the feed and creatively suggest trying luck on sites such as Galaksino or another casino without registration. As a rule, the hooks like the young girl who holds 10 thousand dollars in cash in her hands are attractive enough.

Nonetheless, this simple scheme isn't working so easily as one can imagine. First of all, TikTok has rather strict policies concerning the advertising of casinos, betting firms, or poker rooms. Secondly, several biggest countries decided to block the app due to diverse reasons, including political ones. That is why a media buyer has to look not only at the comparatively low cost of the TikTok ads but also to understand the market specifics.

Why did TikTok ban gambling ads?

Even though online gambling in Europe, the US, and other parts of the world is opening its borders for punters, the attitude to the advertising of entertaining games is rather conservative in this regard. Social media platforms understand the importance of receiving ad traffic from legal niches, so they are ready to prohibit gambling and stay legal in the country.

While Douyin (Chinese name of the platform) isn't an exception from this rule, this social media's specific lies in the plane of average users' age. Traditionally, experts claim that TikTok is the social media for youngsters, which imposes an additional footprint for the ads policies. However, if to look at the age spreading statistics in the US and China, there are significant differences (presented below). 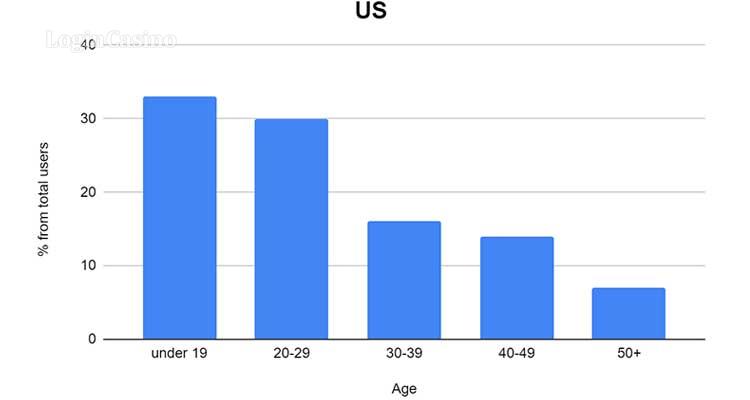 Among the most notable findings, one can admit the popularity of TikTok among the older population in China. Nonetheless, it can be explained by the fact that statistical data in China can be manipulated in order to show that Chinese-developed social media is not only about the illegal content and its influence on the younger generation.

Also, one has to look at the age frames in the charts above. While there are five columns in each, US users' diversification is made with 10-year periods, while the Chinese one is focused on the 5-year frames to highlight the spread of TikTok among the younger generation.

However, we can try to crystalize a few universal numbers if we compare two charts. Thus, the under 18 spread is much more actual for the US, with approximate dominance of 30% over Chinese 10%. The next cluster of 19-35 can be presented as the Chinese users' dominance with about 51% over the US 41% in this age frame. The last cluster (35+) is another Chinese 10%-dominance over the US with 39% over 29% respectively.

Of course, TikTok has developed a rather strict technical approach to blocking all the inappropriate content that is downloaded to the platform. It is the same way TikTok is working with advertising, so even an experienced media buyer cannot create an ad that will directly lead a potential customer to the needed online casino or betting website.

However, the resolution for this problem comes from the word "direct." Hence, webmasters suggest going to a third-party platform or specifically created landing page, which will open access to necessary gambling destinations. Without a doubt, using an additional step in the selling process is always dangerous, but it also allows to form a more stable and loyal audience that goes through the sales funnel and can be even more durable and give better conversion of RevShare rates. At the same time, a media buyer should be ready to create hundreds of creative videos and ways to lead the potential audience to the casino website or poker room. The technical staff and appropriate programming features allow to find such tricky funnels rather fast and block these TikTok accounts. Interestingly, even this adverse element has already been automated as there are some websites that suggest using their automated TikTok campaign launchers to avoid annoying handiwork.

Why did the governments decide to ban TikTok?

While the previous subtopic doesn't look like a breakthrough approach, it actually helps to explain why some of the world's biggest states have decided to block TikTok. As the usage of third-party and indirect links to the forbidden content is widely used in the regarded platform, not only gambling affiliate marketing professionals know how to use Douyin. For instance, those who want to attract attention to adult content also use opportunities of viral TikTok videos with further simple ways to appropriate third-party platforms.

That is why one of the most popular requests on TikTok is related to an illegal content, and children easily react to tricky and tempting offers of unscrupulous marketers. Governors of diverse states understand that creating strict policies cannot protect the vulnerable audience from the marketing hooks. At the same time, some states are warned because of the privacy policies of Chinese-based social media and afraid of giving too much information about their citizens to China. Let's review the two biggest cases in this inter-state social media controversy.

History of TikTok ban in US

That is actually more a political story than a social or technical one. The former US President Donald Trump put plenty of his forces to pressure and ban TikTok in the US, but the American courts denied his attempts. As Trump was actively using his anti-China position to feed up the presidential campaign, TikTok was used as one of the tools to facilitate the attention. Even though the potential blocking of popular social media among youngsters could hit his rates, the primary focus was made on the US citizens' security and the danger that could come from China.

Actually, his concerns were partially true as TikTok parental firm, ByteDance, had direct signings with the Chinese government to give all the information about the platform's users if requested by officials. It allowed Trump to attract massive attention to the issue but look like a US-right warrior and insist on selling the US-based TikTok business part to the American company.

Although Microsoft was in serious talks about buying the regarded part of TikTok share in the USA, ByteDance finally agreed to cooperate with Oracle and use their cloud services for the regarded social media in the US. It meant that the platform's US users' data weren’t available to Chinese governors, so American courts prohibited the TikTok ban in the country.

Specifics of TikTok ban in India 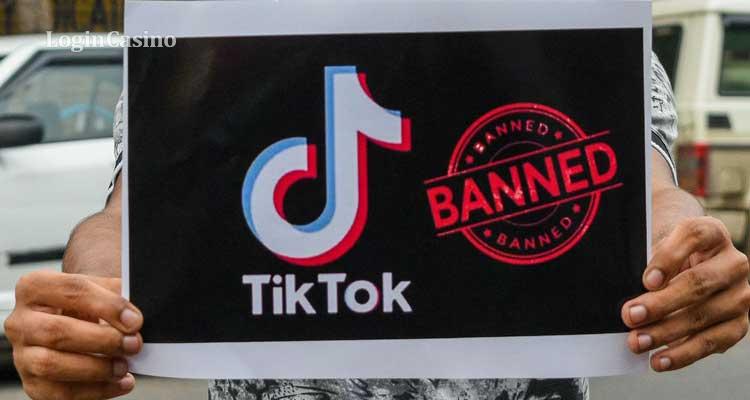 Another famous political-based step against TikTok was made in India. In 2019, local governors decided to ban the regarded social media as it violated the rules towards adult content. Indian court even approved the governmental request and forced the app to disappear from the App Store and Google Play in the country. However, this ban was temporary as TikTok rather quickly deleted all the inappropriate and provocative content, so the app was available again in a couple of weeks.

Nonetheless, it wasn't the end of the story. Indian governors turned their attention to TikTok in 2020 again, just after the military conflict between India and China in the disputed location on the border of the states. This time, officials used patriotic tactics and proved that information about Indian TikTok users could be used by the opposing side, so blocking the app was the step towards sovereignty. Governors didn't hide their attitude towards Chinese-based applications and saw it as a logical reaction to Chinese digital protection from the rest of the world.

Read more: What are the specifics of CPA marketing in the gambling industry?

Read more: Understanding online casinos: how do they make money?

How to use TikTok after the ban?

The simplest way to use TikTok if you are in the country that has banned the app is to use VPN services to change the virtual location and not be detected by appropriate services.

How long is a TikTok ban?

TikTok bans accounts that use illegal advertising ways forever. If the talk is about prohibitions imposed by countries, TikTok can be prohibited for diverse periods depending on regulations. 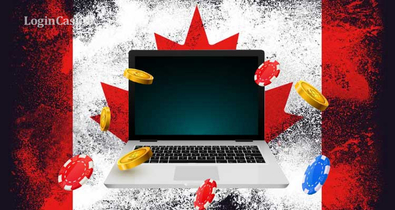 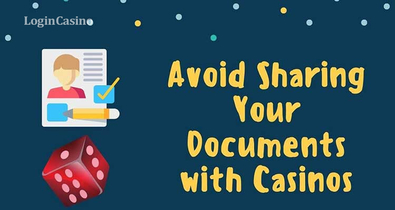 How to Avoid Sending Your Personal Documents to Casinos?
76 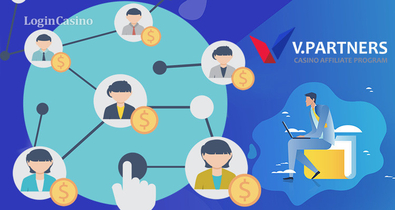 V.Partners Affiliate Program: Why and How to Use?
1202