Antonio Esfandiari: the Biography of One of the Most Successful Participants of Poker Competitions

Among poker players, there are not only hyperactive stars and brilliant mathematicians, but also people who have succeeded due to discipline, diligence and professionalism. One of them is Antonio (Amir) Esfandiari, who even with three WSOP bracelets does not hesitate to surprise his opponents with a couple of card tricks. How did an illusionist turn into a poker player and why did he change his name? We will tell you! 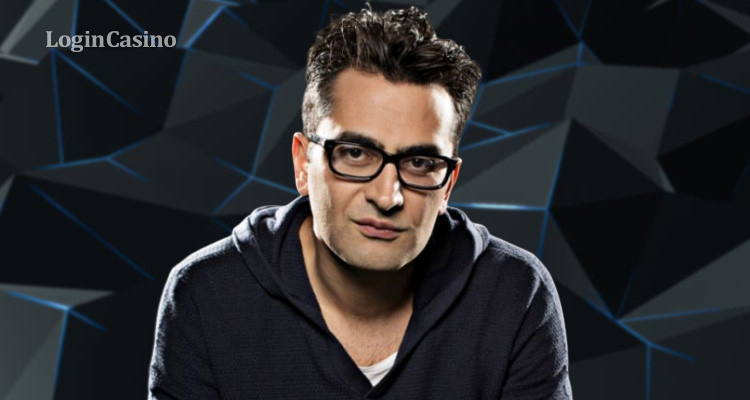 Amir Esfandiari was born on December 8, 1978, in Tehran (Iran). Little is known about his parents and early childhood. In 1987, the family, fleeing Muslim uprisings, migrated from Iran to the United States and settled in San Jose, California. Soon, the father and mother of the future star quarreled, and the latter returned to Iran.

Amir attended a local school, but at the age of 19, he had an argument with his father and left home. Then Amir first changed his name – to Anthony – in order to better adapt to American society. In 1996, he got a job as a waiter in a small cafe in San Jose but quickly turned into an illusionist.

Once he saw a local bartender entertaining the audience with magic tricks, and armed with a set of a young magician, for 3 years, Esfandiari perfectly mastered an arsenal of tricks, including card tricks. According to the future poker player, he trained up to 12 hours a day.

At first, the funny tricks brought additional tips, then the young man began to participate in different events, and the tricks turned into a secondary work. Anthony turned into Antonio precisely after mastering the profession of an illusionist. The guy decided that the nickname MagicAntonio would sound better than MagicAnthony.

Antonio Esfandiari poker: his first steps in the world of gambling

For the first time, Antonio played poker after he had left home – his roommate was addicted to gambling and explained the basics of the game to his friend. Esfandiari started his poker career at a small local tournament in the Garden City Club. There he was invited by one of his friends after the performance.

Antonio won the tournament and was seriously interested in poker. He started at $2/4 limits, gradually honing his technique. During one of the low-limit games, Esfandiari met Phil Laak, another novice poker player with whom he later made friends. Together they mastered poker and even registered in an online room – it is not known which one. 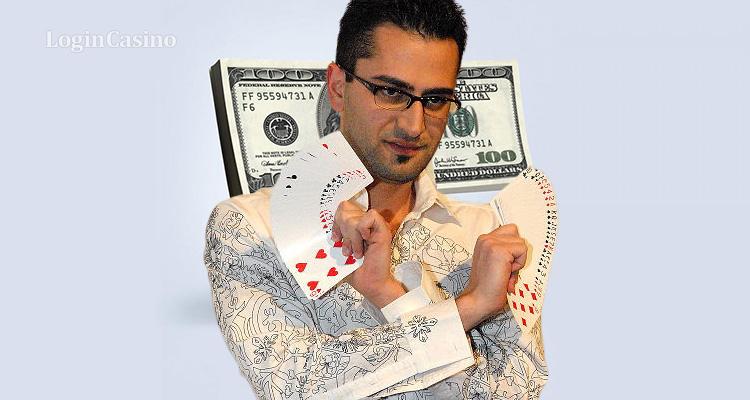 The already strained relationship with his father became even more complicated. To prove his serious intentions, the guy took his father to the casino and showed his level of play. By 2000, Antonio was already winning a lot of money, and in 2002, he became a professional poker player, having left card tricks in the past.

Antonio is one of the few who did not drop out of university or college for a poker career – he did not study at all in them. A migrant from a poor Iranian family could not afford expensive higher education.

The life of young Esfandiari changed in 2004 turned. WPT L.A. Poker Classic is the first major tournament in which the player made himself known to the whole world. At the final table, the MagicAntonio was left alone with Phil Helmut, who already had 11 WSOP bracelets. Esfandiari defeated the flamboyant pro, and Helmut was never able to win a WPT.

For the first place, Antonio received $1,400,000 and the unofficial title of the youngest WPT champion – he was only 26.

The ambitious Esfandiari did not stop and in the same 2004 got to the WSOP. There, he received his first champion series bracelet, winning a pot-limit hold'em tournament.

The second MagicAntonio’s bracelet became even more enchanting than the first one. He won it at the 2012 WSOP at the Big One for One Drop event with a buy-in of $1,000,000. In the final, Esfandiari was left face to face with Sam Trickett and defeated him. The champion, in addition to the bracelet, received $18,000,000 - the largest winning in poker history at that time. This record was only broken after 7 years by Bryn Kenney, who won in a similar tournament $20,000,000.

Of course, Esfandiari does not have such impressive statistics as other professionals as Helmut or Brunson. He has a little over 10 WSOP final tables and 2 WPT wins. However, he is a famous high roller who is involved in many expensive events. Each victory more than compensates for the lingering down strike, and with six-figure incomes, you do not pay attention to the number of bracelets. Here is a shortlist of Antonio’s major recent victories:

What is Antonio Esfandiari’s net worth?

According to diverse resources, the net worth of Antonio Esfandiari is approximately twenty-seven million dollars and a considerable part of this sum was made from the player’s all-time winnings during his professional career.

Curious details regarding the player’s career

Antonio is considered a great player, primarily for his courage. He is not afraid of losing chips and usually freely disposes of his bank. Esfandiari loves parties, and playing poker is fun for him.

Interesting is his attitude to money. He divides them into three categories. The first one is for poker – it is a tool for making money. The second category is money for the rest of the things, which he spends freely, having parties, buying luxury goods. The third one is “reserve money,” which is deposited in a bank account or invested.

In the past, Antonio Esfandiari almost always carried with himself around the world his close friends (there is no information regarding Antonio Esfandiari's girlfriend at that period of time) who helped him feel relaxed and comfortable. With them, he went to the best clubs, expensive restaurants and in every way had fun - in short, enjoyed his rich life and fame.

And although Antonio enjoyed his youth life, he stated that he would like to get married and have a family. In addition, he wanted to open his own restaurant. At one time, he even had thoughts of becoming a cook.

Esfandiari spent his winnings not only on a carefree life in a glamorous party but also helped his family. For example, he bought a house for his father. Antonio had a special relationship with his dad: when in 2012 Antonio won the biggest buy-in tournament in the history of poker ($ 1,000,000) Big One for One Drop World Series of Poker, Esfandiari first hugged his father and dedicated this victory to him.

Despite the rare appearances at the World Series final tables, Esfandiari remains one of the most popular players, primarily due to his behavior at the table. Besides the fact that he rarely loses control, Antonio sometimes entertains competitors and the public (Antonio Esfandiari chip tricks are liked by many people). He shows an example of a respectful and considerate opponent, with whom it is pleasant to spend time at the table for both professional and amateur. 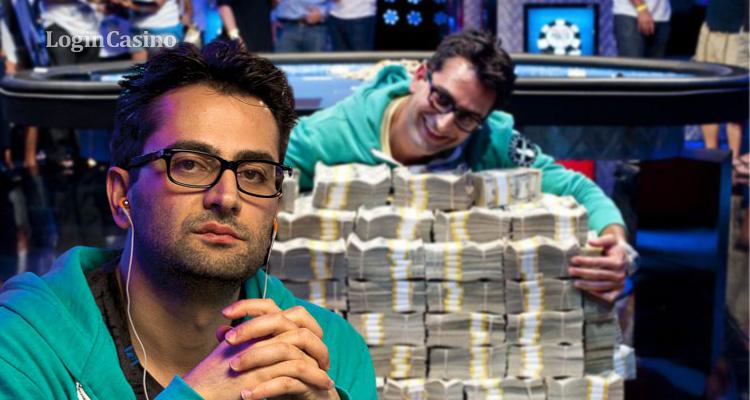 This noble and good-natured player at the table is not just the owner of dexterous hands. His talent will soon be called legendary, and his behavior reminds us that we need to enjoy every day in our lives. Since he plays poker impeccably, a lot of people are afraid to face him at tournaments; he is one of the most respected players in the world. Antonio has absolutely everything to keep building a long and successful career.

Antonio Esfandiari’s wife is Amal Bounahra, who is the daughter of the professional gambler Badih Bounahra. On January 7, 2015, Esfandiari and his wife had a son.

Many poker fans are also interested in founding out more information regarding Antonio Esfandiari’s house. It should be noted that some time ago, the well-know player and his wife bought a two-store house in California for 3.425 million dollars.

The well-known poker player also built a modest acting career. He played episodic roles in the films: “All In: The Poker Movie”, “Lucky You”, “Deal”, and “The Grand”. According to Antonio, he dreams about serious roles in movies about poker. The player also often participates in “Poker After Dark” and “High Stakes Poker”. In general, the camera loves him, and this is mutual.